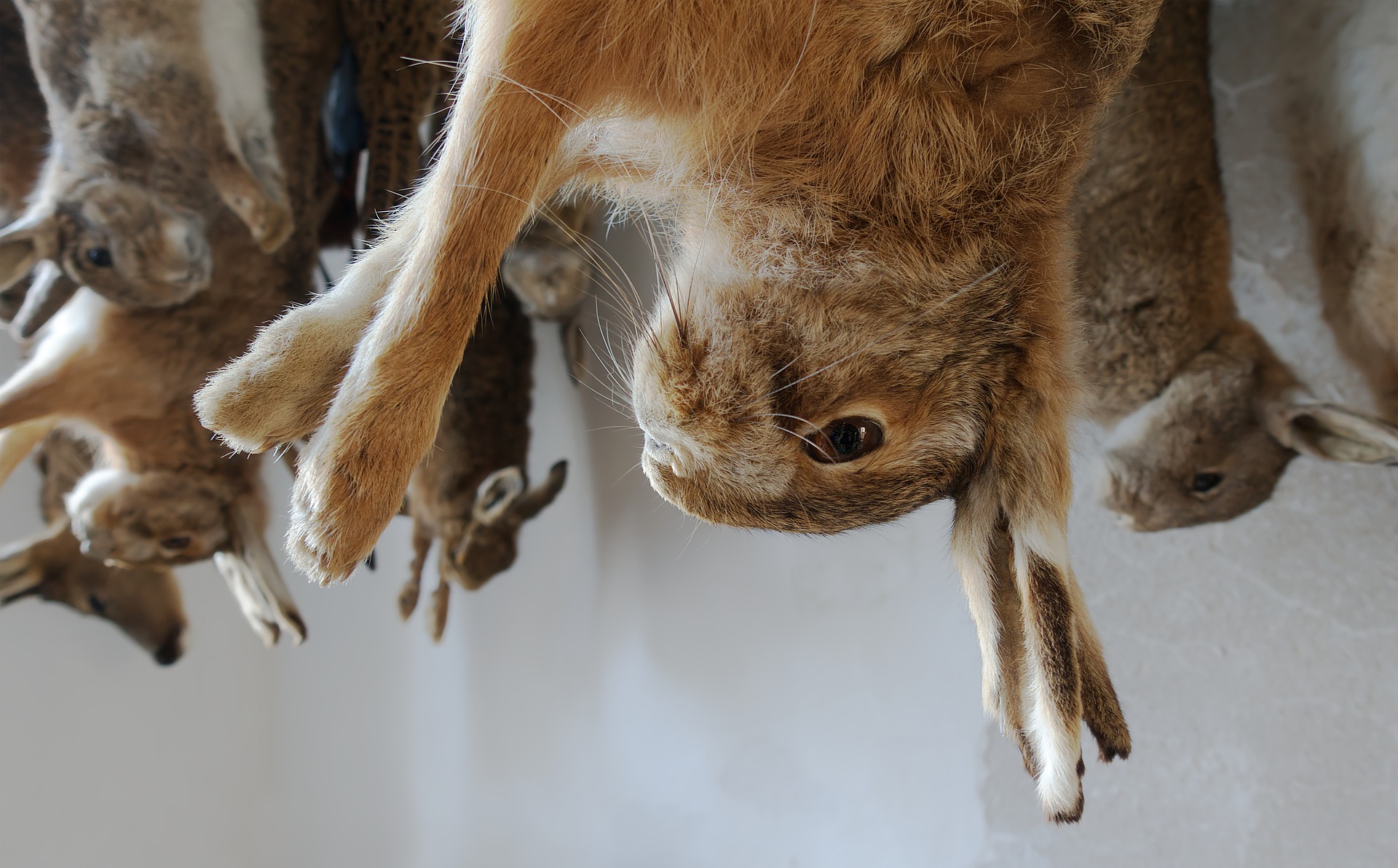 India is a country where a lot many religious traditions advocate for compassion and co- existence with animals. In fact, some religions not only consider them creatures but worship animals. Yet, since a few days, a lot many videos have surfaced that either show the cruelty towards animals or towards the people who are helping them.

We have been seeing dogs tied up and thrown on railway tracks or a leopard carcass found thrown on road with its head & paws cut off; dogs tied up to be sold in illegal wet markets; cows & jackals who were fed explosives camouflaged in edibles; dogs, goats & cows being raped; animals subjected to violence to gain followers on TikTok and what not. However, the cases we have been witnessing are just the tip of the ice, the majority of the cases are unreported. Unlike human crime cases, the government does not collect data on crime against animals which makes it impossible to determine how common these are. A rough idea can be derived from the number of cases reported under Prevention of Cruelty to Animals (PCA), i.e., 24000. Also, to prevent any crime, the laws should be strict and enforced likewise. But how do we, in India, prevent crime against animals, when the most prominent law for animal cruelty prevention, last came in 1960 & has a fine of just ₹ 50?

Let’s discuss the possible ways humans show cruelty towards animals which  can be paid for ₹ 50.

2. Why do People Indulge in Animal Cruelty?

There are many reasons that makes a person indulge in animal cruelty while “self-interest” can be seen in many cases. Animals are viewed through a distorted lens and so, many people don’t even consider it wrong and can provide you with a number of justifications:

Knowing the useless reason for which people indulged themselves in animal cruelty, it is important to study the crime which they do as a daily routine without any restrictions.

As per People for the Ethical Treatment of Animals (PETA) “If a society is turning a blind eye to the cruelty done on animals, that society is actually encouraging criminals who will bestow their violence on humans too.” Because as per the research done in psychology & criminology, the people who commit cruelty towards animals do not stop there, they move on to hurting humans because they get desensitized to such crimes. The US Federal Bureau of Investigation supports this with their findings as per which animal abuse is one of the traits appearing regularly in the records of serial rapists and murderers.

Acts of violence towards animals indicate deep mental disturbance and often, animal abusers move on to harming humans, because they need to take out their issues on whoever available, human or non- human. For example, 60% of the women who were subjected to domestic violence have said that their abusive partner has been physically abusive to their pets too. The case of 2006, serial murders of children in Noida took place at the home of Moninder Singh Pandhel who was fond of hunting.

There’s a study by ASPCA written by Allie Phillips which shows a link that consists of the coexistence of two or more of these intra-familial crimes: child abuse (including physical and sexual abuse) or neglect, domestic violence (including stalking and rape), elder abuse or neglect (including financial exploitation), and animal abuse or neglect (including sexual assault, animal fighting and hoarding). The Link also includes the co-occurrence of animal abuse with other types of crime, such as homicide, weapons offenses, drug offenses, sexual assault, arson, assault or other violent crimes.

4. Laws against Animal Cruelty in India

Prevention of Cruelty to Animals Act, 1960

PCA is an act that was enacted by the parliament of India in 1960 to prevent any unnecessary infliction of pain & suffering on animals.

As per the provision of the law, Animal Welfare Board of India was formed by the government.

The following activities are considered as animal cruelty as per the section 11(1) of the act:

Cruelty to Animals is a Punishable Offence!

If found guilty under PCA, the offender is liable to pay a fine which can extend to ₹ 50 & if it happens to be a subsequent offence under 3 years, then the person is supposed to pay not less than ₹ 25 which can extend to ₹ 100 or an imprisonment of up to 3 months or both. If the offender happens to have a vehicle then in the case of a second offence, his/ her vehicle may be confiscated & the person will not be allowed to keep any animals again.

Prevention of Cruelty to Animals (Regulation of Livestock Markets) Rules, 2017

Through this, the Government of India had sought to effectively prohibit cattle slaughter across the country via rules made under PCA, 1960

The regulation focuses on protecting the animals from cruelty and not to regulate the existing trade in cattle for slaughter houses. It is envisaged that welfare of cattle dealt in the market will be ensured and that only healthy animals are traded for agriculture purposes for the benefits of the farmers.

The notified rules will remove the scope of illegal sale and smuggling of the cattle which is a major concern.

The specific provisions apply only to animals which are bought and sold in the notified live stock markets and animals that are seized as case properties.

5. What to do if witness Animal Cruelty?

Now, it is important to figure out the number of animals who suffer from cruelty and pay with their lives. Though, animal cruelty cases are not seriously taken so exact data can’t be figured out. But a rough knowledge is tried to assess from few data which has been considered to report.

We all are aware of the fact that how much quantity of animals are slaughtered daily for our food. But, it is important to explore how we are affecting their lives globally. Here, the graph given below shows the yearly quantity of meat supply  in food across the world.

The graph shows the quantity of meat demand increasing over the years. It concludes that a huge number of animals are slaughtered just to fulfill our  food demand. Most importantly many of these animals are put under endangered species.

Here, the quantity of meat supply in food is compared for different continents including two countries of Asia.

The comparison shows an interesting figure about China. China is competing alone to all other continents. And they supply huge quantities of meat in their food. Moreover, Chinese food markets allow the consumption of all kind of organisms. Because of this reason most of the animal to human viral infections, originate in China.

Let’s explore the animals who have been slaughtered most during 1980-2013.

Explored data’s result is in front. After fish and seafood pork (pig-meat) had supplied most during these years across the world.

As mentioned above that all cases are not reported against animal cruelty. So, total incidents are not taken into account. Few cases which were considered right to report are plotted in the graph given below.

The graph shows the number of reports filed against animal cruelty during six years in Mumbai. It was also claimed that none of the people were arrested. This show how serious is the issue of animal cruelty for us.

Not only animal slaughtering, animal cruelty are form of cruelty for animals. Here the data of injured animals in road accidents are taken. Not all accidents are the result of careless and fast driving but most of these are. This data is revealed by Nagpur Municipal Corporation (NMC).

The graph is only revealing the accidents of one city i.e. Mumbai. Don’t know what numbers are buried because they are not reported. But the global figure can be easily assumed about the animal accidents because of careless and fast driving which are not reported.

Now, it is important to understand how animal cruelty is affecting the animal species. Here is the report for threatened species provided by IUCN Red List.

The report is revealing very serious information which needs a high alert. As per the report huge number of species are becoming threatened over the time. This is affecting the ecological balance, negatively. This imbalance is a dangerous sign for us and our planet.

As per the study, the awful pain of animals is illuminated which they suffer daily because they are animals who can’t speak nor can they share their pain and nor oppose. Moreover, most of their species are on the edge of vulnerability and most are endangered. So, as the human beings we should understand some responsibilities towards these speechless animals. And responsibilities are:

After this study, it cannot be denied that animals are suffering only because of humans. We are enhancing animal cruelty in such a manner that a huge number of their species are on the edge of threatening, most are endangered and large numbers are extinct. The result is in the graph of the number of threatened species. Humans are the only organisms who are affecting them directly or indirectly by deforestation, industrialization or by urbanization or pollution or many different ways.

A special attention should be taken for them. Laws or acts to save them should be followed very strictly. Let’s come together and take only one step against animal cruelty because, “Candle lit up by each person can illuminate the whole world”.